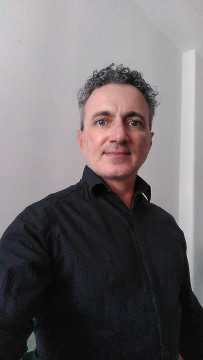 ACCEDI PER VEDERE I CONTATTI
My name is Gaspare Savio Lo Vacco, I have good skills in animation, illustration, video editing, graphic design, in the use of After Effects, Premiere, Photoshop, InDesign, Dragonframe and Cinema 4D. I worked like 2D designer for the feature film “Yo-Rhad and the Astromavericks” by Camillo Teti and Victor Rambaldi, mainly drawing backgrounds and doing clean-up. In June 2017 I have completed a master's degree in stop motion animation at the Bau, Design College of Barcelona, at the end of which, myself and other three colleagues, created a short film titled “Tuning”, which was selected at different festivals around the world.
Professionista
ROMA (RM)
ACCEDI PER CONTATTARE L'UTENTE
INVIA